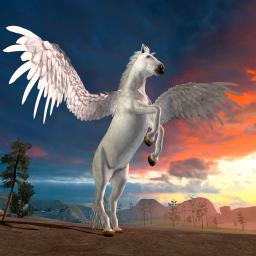 Conservative Christian:  What would you consider “good evidence” for the existence of God?

Gary:  A specific god or just a non-specific Creator?  I will accept as fact that the universe was created by an intelligent designer/creator when the majority of scientists tell us that there is sufficient scientific evidence indicating as such. When it comes to the existence of the virgin born, resurrected, Jesus of Nazareth—omnipotent and omnipresent King of the Cosmos—I would probably require the same type of evidence that you would require to believe in the existence of a flying horse.

10 thoughts on “What Would you Consider Good Evidence for the Existence of God?”