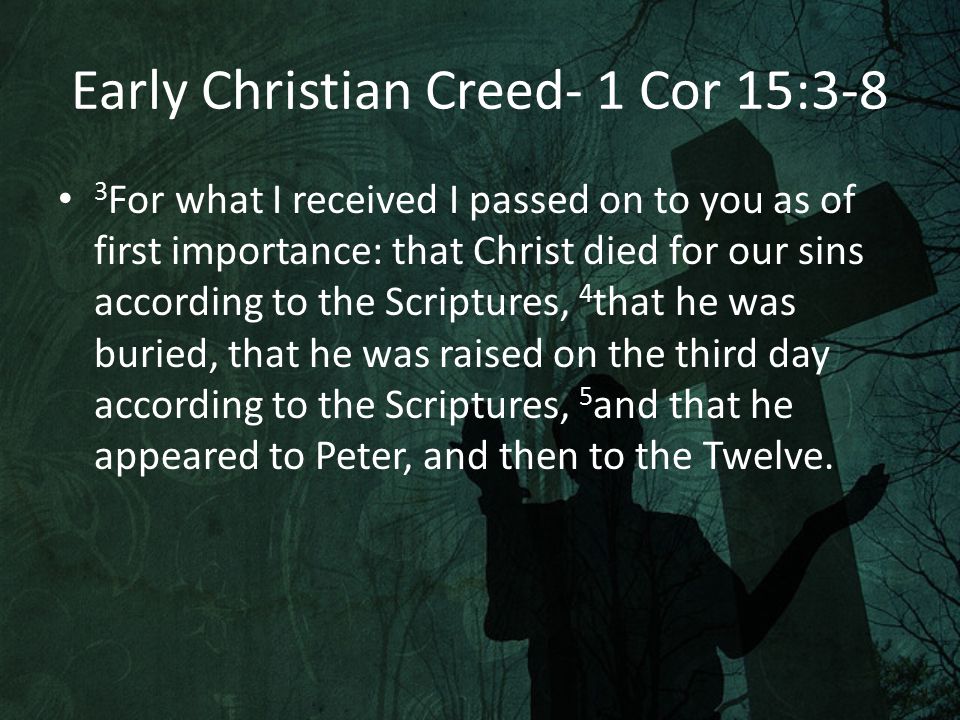 Christian:  I don’t think I’ve ever seen you explain how the tradition of appearance(s) by Jesus to “the twelve” (1 Cor 15:5) came to be circulated in a creed that most scholars date to within six years of Jesus’ death (Paul “received” it, 1 Cor 15:3) and that the twelve themselves presumably used. Same with the appearance to “all the apostles”. How do you explain the rise of these two appearance traditions? If collective hallucination, what do you think they all “saw” given your definition of ὤφθη (ōphthē) above.

Bart Ehrman:  I’ve talked about it a bit, mainly to say I have no idea how someone can possibly come up with the view that this was circulating six years after Jesus death. What are the grounds for that??? It’s really an apologetic claim more than anything else. All we know is that this was a creed that Paul preached to the Corinthians at some point. In any event, there is zero evidence that the Twelve used this creed. As to my view of the appearances, that’s the topic of a main part of my book How Jesus Became God.

Christian:  Your conclusion that 1 Cor 15:3-5 (or 3-7) is not a very early creed dated to within six years of Jesus’ death seems an outlier position based on what I’ve read. Is there any chance you could do a post dedicated to why an early dating of this is unfounded, or perhaps point to someone who has done so? I think the six years comes from three years max for Paul’s conversion then three years in Arabia, then Paul meets with Peter and James, the same two guys mentioned in the creed (Gal 1:15-19). Also, even if the creed was formulated later, why in your view wouldn’t the twelve be using it if it was a church creed?

Bart Ehrman:  Depends who you read; if it’s conservative evangelical apologists, yes, it will sound like that is the mainline view. But what is the evidence? Among scholars I personally know, except for evangelicals, I don’t now anyone who thinks this at all. And for a good reason: Paul never says he got this creed from Peter and James three years after his conversion. Doesn’t even suggest it. People just make this stuff up! Also, there *weren’t* “church creeds” back then. Every church had it’s own ways of thinking, believing, and saying things — nothing at all like a uniform liturgy until centuries later when Christianity became a unified world-wide movement. People like William Lane Craig may say this kind of thing. But you need to think carefully about the logic, especially in light of what we do know about the massive diversity of the earliest Christian churches. (BTW: if Peter and James came up with this creed, why would it be the “twelve” instead of the “eleven”? That’s not a MAJOR point, but it’s worth thinking about. Even if Paul didn’t know about Judas, they certainly would have)

51 thoughts on “Bart Ehrman: Most Scholars Doubt the Early Creed Was Written Within 3-6 Years of Jesus’ Death”