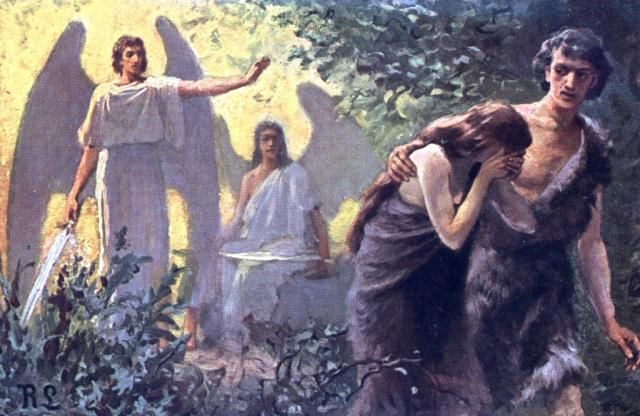 Michael Strauss, evangelical Christian blogger and scientist:  “Over the last 100 years scientists have discovered that the universe had a beginning about 14 billion years ago in which space, time, matter, and energy came into existence.”

Gary:  I assume you also believe the scientific consensus that the first humans existed sometime between five and seven million years ago, millions of years AFTER the first living organisms appeared. If this is true, how do you explain the fact that millions of living organisms were suffering and dying for millions of years PRIOR to Adam’s and Eve’s fall—the event in history in which God cursed his “good” creation—as taught by most mainstream Christian churches?

8 thoughts on “Dear Old Earth Creationists: If the Universe is 14 Billion Years Old, How do You Reconcile the Fall of Adam?”