Licona was recently invited to author a series of guest posts on Bart Ehrman’s blog regarding the inspiration and inerracy of the Christian holy book, the Bible.  In the comment section below Licona’s guest posts, an atheist asked Licona if he believes that a spirit (the Holy Spirit) lives inside his body and communicates secret truths to him, including the truth of the historicity of the bodily resurrection of Jesus.  (This concept is known in evangelical circles as “the Testimony of the Holy Spirit“.)

At first Licona characterized the skeptic’s description of the “Testimony of the Holy Spirit” as a false “stereotype”.  But when the atheist persisted, repeating the question over and over again, Licona finally gave a (dishonest) answer:

Atheist:  Dear Dr. Licona, Is it true that since you were ten years old (the age of your conversion to Christianity), you have believed that the spirit (ghost) of an executed first century man (Jesus of Nazareth) lives inside your body and communicates with you in some fashion, “testifying” to you that the bodily resurrection of Jesus is an historical fact?

The atheist pointed out that on Dr. Licona’s Facebook page, Licona states that the testimony of the Holy Spirit is “essential” for someone to believe in Jesus as his resurrected Savior! Why the discrepancy, Dr. Licona???

The atheist then copied and pasted this interchange and posted it on several evangelical Christian websites to see the reaction of evangelicals to Licona’s prevarication on the evangelical teaching of the Testimony of the Holy Spirit.  Evangelicals began calling and emailing Licona asking for an explanation.

Licona then divulged the full name of the atheist; details about his business/profession; and his geographical location on both Bart Ehrman’s blog and Licona’s own Facebook page—giving enough information for any right-wing nut job to locate the atheist at his place of business with one click of the mouse.

Such are the tactics and behavior of the followers of Jesus! 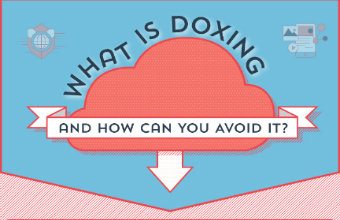 Doxxing: What Is It And How To Avoid Being A Victim [Infographic]