From a discussion on Bart Ehrman’s blog:

There are numerous Christian views on the actual nature of hell. The Dante sort of literal fire is not embraced by most Christian theologians today. This is not because they reject the biblical teaching. It’s because they seek to understand it within its cultural milieu. Conservative biblical scholars such as F F Bruce and John Stott held to annihilation.

(Licona is no longer publishing my comments, but I am leaving comments, regardless)

Are you saying that you are an annihilationist, Dr. Licona? Is this a new position for you? Most Christian “annihilationists” do not believe that sinners are immediately annihilated upon their death, but rather they are sent to Hell to suffer some form of “unspeakable” torment until the Second Coming and Judgment Day, the date of which has been revised multiple times over the last 2,000 years. In other words, non-believers may very well suffer in Hell for many, many years before they are finally terminated (annihilated). That is certainly much better than suffering “eternally”, but it is a small comfort. Do you understand how this concept can be very fear-provoking, Dr. Licona?

Yet, conservative Christian leaders such as yourself preach/teach the reality of this dungeon of terror not only to adults but also to children…ten year old children [Dr. Licona converted to Christianity when he was 10 years old]…who do not have the maturity and knowledge base to make a rational decision as to its reality. Is it moral for you to use fear to motivate conversions to your belief system, in particular, conversions of young children, if you don’t even know where this place called Hell is located?  According to you, billions of human beings are being tormented there!  This torture pit must be HUGE!

Please tell us, Dr. Licona:  Where is Hell? 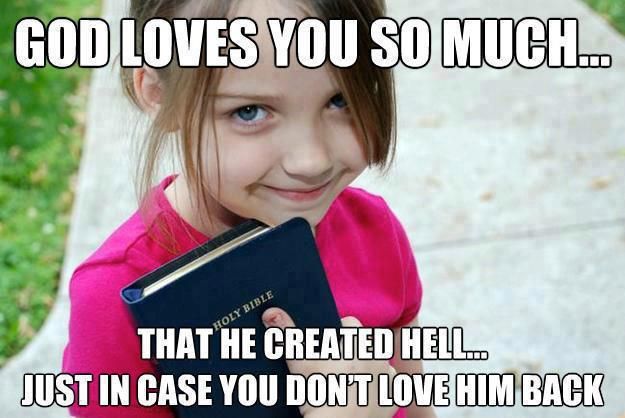