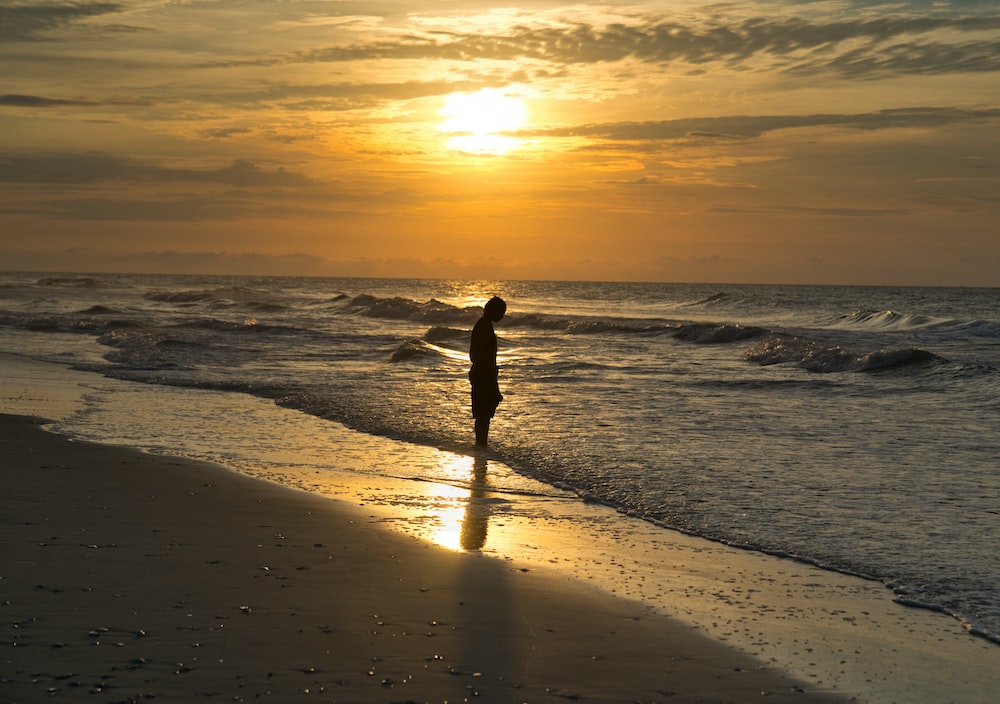 Jesus had been publicly executed several weeks earlier.  His grave was found empty a few days after his burial.  His despondent disciples had returned to Galilee to resume their lives as fishermen, etc..

But today, not long after Simon Peter and his brother Andrew had shoved off from the shore of the Sea of Galilee to go fishing, the fog and morning mist on the receding shoreline (several hundred feet away) suddenly parted and there is a man standing on the shore looking at them.  He slowly raises his arm to wave at them.

“It is Jesus!” both men exclaim.

“But how can this be?” asks Andrew.

Then the fog rolls back in and “Jesus” can no longer be seen.

They both begin shouting to Jesus on the shore.  They plead for him to wait for them until they bring the boat to shore.  But there is no reply from the fog and mist.  Are they too far away for him to hear them?

As they frantically row back to shore, an exuberant Peter proclaims, “God has raised Jesus from the dead!  That is why the tomb was empty!  Jesus is the Messiah just as he told us!  Jesus will restore the kingdom of Israel!  He will crush the Romans!  Our hopes and dreams are not dashed!  (And then to himself under his breath):  …And I have been forgiven of my betrayal.”

Once they get to shore, they cannot find Jesus.  He is gone.

“It was an appearance! Jesus has appeared to his first two disciples as a sign!  He will appear again; to the others; to all of us!”

Peter and Andrew rush to tell the other disciples and share the good news that Jesus is back from the dead; the New Kingdom is about to break forth; and they will soon rule as princes on thrones of gold in the New Israel.  Soon, other disciples and groups of disciples are “seeing” Jesus.

But after a few months pass and there is no restoration of the Kingdom, the disciples are forced to reconcile their revived hopes and dreams with reality through the process known as cognitive dissonance.  Their desperate attempts to find some solution to keep their dreams alive eventually results in the conclusion that God has not “raised” Jesus from the dead, but something far greater:  The general resurrection of the righteous dead has begun, with Jesus as the FIRST fruits!

“Sell all your positions, move to the capital, Jerusalem, and live in one large commune. The End is Near!!!”

Is this how the Resurrection Belief began??

46 thoughts on “Was the First Jesus Appearance a Case of Mistaken Identity?”