Mail this Text to Every Conservative Christian Pastor and Apologist You Know: 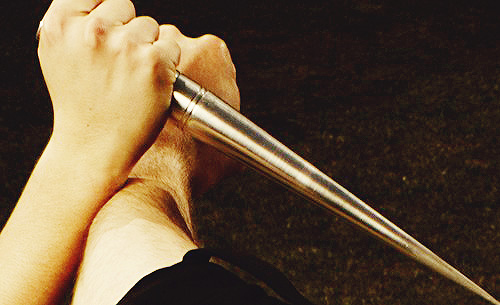 If the Evidence for the Eyewitness Authorship of the Gospels is as Good as Conservative Christian Apologists Claim, why do Even Most Roman Catholic Scholars Reject It?

Many conservative Christian apologists will admit that most New Testament scholars today reject the claim that eyewitnesses or the associates of eyewitnesses authored the Gospels.  Yet at the same time, these conservative Christian apologists continue to tell their lay Christian reading public that the evidence for the eyewitness authorship of the Gospels is good, even better than good, it is “strong”.  They claim in their books and on their blogs that the lay Christian can be confident in the historicity of the bodily resurrection of Jesus because the stories told about this alleged event come from reliable eyewitness sources:  the four Gospels of the New Testament.  How do they explain this disparity?

The following statement by an online conservative Christian blogger sums it up:

When it comes to the gospels, there are huge double standards. They are often presumed to be guilty until proven innocent. Normal ways of doing history seemingly get thrown out the window. And a big example of this is when it comes to the debate [regarding the] authorship of the gospels.  We have very good external evidence that the gospels were written by the names traditionally ascribed to them — Matthew, Mark, Luke, and John.

Why would New Testament scholars have a double standard regarding the authorship of the Gospels?  Is it because most NT scholars have a bias against Christianity?  That seems hardly possible since most New Testament scholars identify as “Christian”.  So why?  Many conservative Christian apologists allege that even though most NT scholars identify as Christian, a large percentage of them are liberals, and according to these apologists most liberal Bible scholars do not believe in the historicity of the miracles in the Gospels and are dubious of supernatural claims in general.

Read the following statements from probably one of the most respected Roman Catholic NT scholars of our time, Raymond E. Brown:

Jesus did not write an account of his passion; nor did anyone who had been present write an eyewitness account.  Available to us are four different accounts written some thirty to seventy years later in the Gospels of Mark, Matthew, Luke, and John, all of which were dependent on tradition that had come down from an intervening generation or generations.  That intervening pre-Gospel tradition was not preserved even if at times we may be able to detect the broad lines of its content.  When we seek to reconstruct it or, even more adventurously, the actual situation of Jesus himself, we are speculating.  —The Death of the Messiah, pp. 4-5

I have already said that I do not think of the evangelists themselves as eyewitnesses of the passion; nor do I think that eyewitness memories of Jesus came down to the evangelists without considerable reshaping and development.   —The Death of the Messiah, p. 14

And here is a statement from the United States Conference of Catholic Bishops regarding the authorship of the Gospel of Matthew:

The questions of authorship, sources, and the time of composition of this gospel [Matthew] have received many answers, none of which can claim more than a greater or lesser degree of probability. The one now favored by the majority of scholars is the following:  The ancient tradition that the author was the disciple and apostle of Jesus named Matthew (see Mt 10:3) is untenable because the gospel is based, in large part, on the Gospel according to Mark (almost all the verses of that gospel have been utilized in this), and it is hardly likely that a companion of Jesus would have followed so extensively an account that came from one who admittedly never had such an association rather than rely on his own memories. The attribution of the gospel to the disciple Matthew may have been due to his having been responsible for some of the traditions found in it, but that is far from certain.    —from the USCCB website

You owe your Christian readers the truth.  The evidence for the eyewitness authorship of the Gospels is not strong, in fact, it is weak.  And if the eyewitness authorship of the Gospels is in doubt, how can anyone claim that the evidence for the Resurrection is strong or even good?  Believe in this alleged supernatural event by blind faith, if you wish, but please stop telling children and uninformed, gullible adults that there is good evidence for it.

6 thoughts on “The Silver Stake for Fundamentalist Christianity is Debunking the Eyewitness Authorship of the Gospels.”