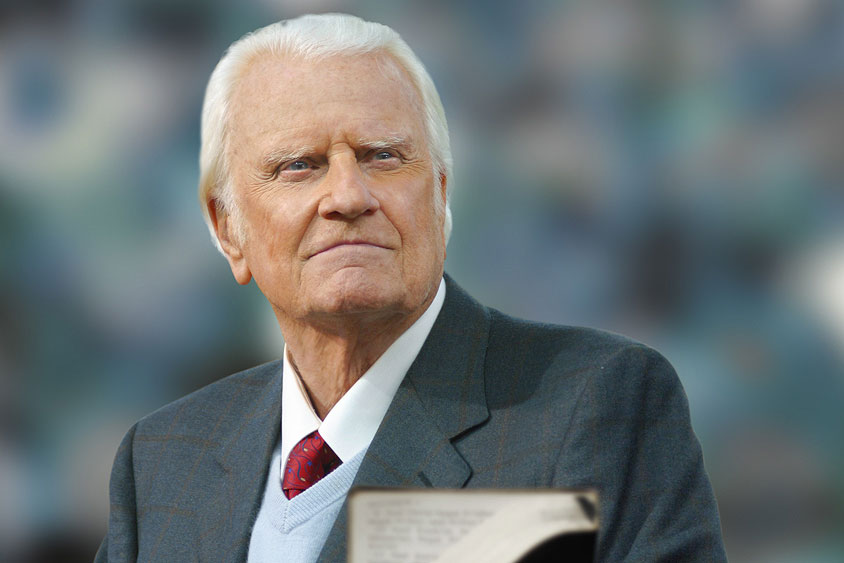 I’m conducting a non-scientific experiment.  Let’s take a look at some of America’s most popular Christian apologists/evangelists and see what it was that caused them to become a Christian.  What was it that caused them to believe that a Jewish peasant who lived and died 2,000 years ago is the Creator God and that his bloody execution on a cross bought them eternal life in an unidentifiable location called heaven…if only they believe.   Did these paragons of Christian apologetics and evangelism intensely study the evidence for the claims of Christianity, reading both Christian and non-Christian perspectives, both the pro and the con arguments, before choosing to believe, or, did they believe based on other factors, such as their emotions?

As we saw in a previous post, people who have already decided to believe something and have a strong emotional attachment to that belief, are very reluctant to change that belief.  They will often seek out evidence which confirms their decision.  Evidence contradicting their belief, even if supported by a majority of experts, is either ignored or rejected.  It rarely changes their mind.  These believers simply dig in deeper when they feel their belief is under assault.  This process known as confirmation bias, and I suggest that most Christians believe what they believe not because of evidence, but because of their emotions!  They only use evidence to support their original emotion-based decision.  They do not look at the evidence from an impartial standpoint as they would for any other fantastical, extra-ordinary claim.

In short:  The idea that the Creator of the universe loves them; wants a personal relationship with them; and will be with them and comfort them through all of life’s ups and downs is just too good a promise to pass up.  They make a decision to believe with the heart.  Their brain simply tags along, accepting whatever the heart says is true.

One day in May 1934, 15-year-old Billy Graham came home from school and set out to pitch hay to the mules with one of the hired hands at his family’s farm on the outskirts of Charlotte, North Carolina. The two heard singing from behind the barn, and the hired man wondered aloud what was happening.

“I guess they’re some fanatics that have talked Daddy into using the place,” Billy replied.

Little did he know that he himself would be an answer to one of the prayers offered up that day during the prayer meeting being held in the pasture of his family’s dairy farm. One of the men in attendance, a salesman named Vernon Patterson, prayed that God would raise up someone from Charlotte to preach the Gospel to the ends of the earth.

…a friend named Albert McMakin said, “Why don’t you come out and hear our fighting preacher?” Billy liked the idea of a fighter. The deal was clinched when McMakin offered to let Billy drive his dairy truck to the meetings.  After one service, Billy was hooked. He attended night after night, dutifully taking notes as Ham preached—and becoming increasingly convicted that he was a sinner who did not know Jesus Christ. He began to realize that neither his baptism and confirmation nor his church attendance would save him.

“Our family Bible reading, praying, psalm-singing and church-going—all these had left me restless and resentful,” writes Mr. Graham in his autobiography. “In a word, I was spiritually dead.”

During each service, Ham invited people to come forward and receive Christ. On November 1, six days before his 16th birthday, Billy responded to that invitation. The choir sang four verses of “Just As I Am,” followed by the hymn “Almost Persuaded, Now to Believe.” On the final verse of that song, Billy went forward, feeling, he writes, “as if I had lead weights attached to my feet.”  That night, he repented of his sins and prayed to receive Christ. And although he felt no great emotion, he knew he was a new person. His mother, Morrow Coffey Graham, recalled later that when she arrived home from the meeting that night, Billy threw his arms around her and said, “Mother, I’m a changed boy!”

To read the rest of Billy Graham’s testimony, click on the link above.