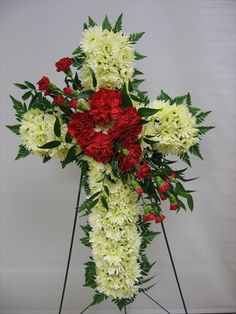 Anyone who has followed this blog since its inception (is there anyone??) will remember my “sparring” with LCMS pastor Jeff Baxter.   Rev. Baxter was very passionate in his attempts to bring me “back into the Christian fold”; at times so passionate it bordered on obnoxiousness.  But deep down, Rev. Baxter or “JB” cared.  He had a tough guy way of showing it, but he did care, and he did care about me.  Rev. Baxter passed away last week.  I found out about his passing from “Abby” a member of my former denomination, The Lutheran Church-Missouri Synod.  Abby also pointed me to a post on Rev. Baxter’s blog that was directed to me.  I had never read it before today.  It was written approximately a year ago during the Christmas season.  I will reprint it below.  (I’m sure JB wouldn’t mind):

You prolly [sic] doubt my saying so, but you understand neither me nor the Gospel.  I get that much.  You have fallen for the oldest ruse in the book – sciences is king – science rules.  Well let us “reason together ” . . .

Exactly what is   the “province” of “science?”  It is not king, as you imagine, but merely a servant.  You have listened and read, sorry to say, heretics.  I know you would argue that point till the cows some home – next week or next year.  I get that much.  But your view of science is skewed.  It is not fact – it is nothing but potential, and I think, hopefully, even you know that.

Your sycophants aside, Bart and Ark the others to whom you have hitched your cart (and you have!), are about as scientific as is my Pug.  Which is to say – NOT!

Do you honestly think Bart Ehrman thinks in scientific terms?  Of course not!  To do so is to admit stupidity to the arena of logic, science, and theology.  Bart, for all his education, despairs of Christ, and has taught you to do so, something of which I warned you way before you succumbed to that man.  A true fundamentalist – as you were then and still VERY much are – you were easy pickings, and he knew it.  It is hard to believe you were actually that outright stupid, but then again, you were a hard-core fundamentalist.  You were led forward in your life by whatever you “felt” was right, and to this day, you still are.

You are the last on my nightly prayer list – not as a diminutive, but the primary concern of my prayers.  I know in your present mental condition. my saying that prolly drives you bonkers.  I am not sorry.  My goal is not to feel sorry for you.  You have adopted so much absolute bullshit that it is truly hard to know exactly what I should pray for you, try as I might.  But I do, anyway.

“Science” is not what you say it is.  To use a very simple analogy – “Science is a pencil.”  Sometimes it is sharp, most times is dull.  Science does not create, but only at its very best, recognizes that which has been created.  As such, the entire premise of your site and blog is, of a truth, rather ridiculous.  Hilarious!  The “God is dead!’ crowd is merely speaking to what stares back at them in the mirror.  You saying you “believe in science and not religion” – well gee, G, what science – today’s, which has discovered it has everything backwards about many things.  While I search for the very newest – this should keep you questioning your new fundamentalistic faith.

Science in no way DISproves God as Creator, but merely reveals that He has not revealed until now various and sundry things about Himself and His creation.  Your new fundamentalism requires you to deny that simple fact, and you use whatever is discovered as a proof against a Creator and Savior God.  You do a good job of that!  No one can deny that, reading your blog.  Of course, aligning what you say with the reality of matters is altogether a different matter, as BE will knows.  Bart has made his fame (and whatever fortune) preying upon fools. who imagine there is not Creator, if one is so primitive as to not realize the concept of God as a Savior.  BE knows that as a matter of fact, and has suckered you into his web, and you went with him.  You blithely accept all theological degrees as equal in your relatively new-found approach, even though you seem to read and accept only those out there creating new shyte.

We are about the enter the Season of Advent.  I know you read my site, so you know how I love this season.  It is not back toward the Incarnation that I do so – I believe in that so completely in it’s “about to be fulfilled” reality as to make all the bullshyte you believe its own pile of what it truly is.  Science is a tool, hammer to a nail, and little more.  It sometimes is able to identify something – truth or not.  That you stake you life and well-being upon “science” is ridiculous – you ought to reject it for the same reason YOU state you reject the Christ.  Science can no more prove Jack and his brother Shit, than you say Christ can reveal.  Science reveals, as does Christ and His Word.

You revel in trying to use science to prove what [you think] seems to be truth.  But science, or its study and progression, if one hope a benefit from science, must admit its wrong-ness  with every new “discovery it makes.  You cannot tolerate that, so you pronounce a complete forgiveness and benediction over science as if it were something tangible.  But you need it to be  something – your fundamentalism needs an object of faith, because you, G, need and object of faith.

You discarded that which is truly good, right and salutary for Esau’s bowl of a mess of lentil stew.  You are to be most pitied for giving up the birthright of your own Baptism  That fact is sad enough.  But it seems apparent you have chosen, in your mode of ANTI-savior, to do the same for your wife and children.

I do not possess any degree past M.Div, nor do I write theological best-selling texts.  I am what I have been for 31 years – a parish pastor who preaches the Gospel of Christ in season and out of season – the upcoming “season” being my favorite.  I say what I say to you or about you without the first false pretension, G.  I am about caring for your eternal soul, that you might do so for you and yours.  I would ask your forgiveness for offending your senses as they presently seem to be, except your schemata lacks a concept of forgiveness.  It pretty much lacks anything but your opinion.  So either you are a god unto yourself or a simple heretic.  It’s your call entirely, G.  Of course, though, like the prodigal, you could venture home . . .

Were your pride to relent and permit it.  Therein is my constant prayer for you.