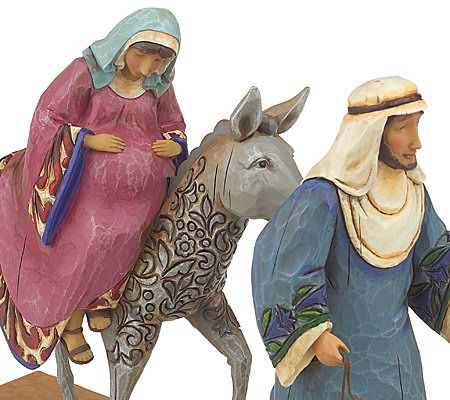 In those days a decree went out from Emperor Augustus that all the world should be registered. 2 This was the first registration and was taken while Quirinius was governor of Syria. 3 All went to their own towns to be registered. 4 Joseph also went from the town of Nazareth in Galilee to Judea, to the city of David called Bethlehem, because he was descended from the house and family of David. 5 He went to be registered with Mary, to whom he was engaged and who was expecting a child. 6 While they were there, the time came for her to deliver her child. 7 And she gave birth to her firstborn son and wrapped him in bands of cloth, and laid him in a manger, because there was no place for them in the inn.

Some Christians claim that Jesus fulfilled the prophecy of being a member of the tribe of Judah through his mother.  Other Christians claim that Jesus obtained his royal lineage from Joseph who “adopted” him.  But Jews says that tribal affiliation is never inherited from the mother.  And as far as Joseph is concerned, exactly what procedure did Joseph follow to “adopt” Jesus, giving him his tribal affiliation? If Joseph did nothing other than pretend that Jesus was his son (he therefore lied, which is a sin), did that qualify as an “adoption” under Jewish law?

A Jew may be adopted into a Jewish family, but a male convert can NEVER be adopted into ANY Jewish tribe. If a male does not have a tribe from his father at birth, in Judaism, he will never have a tribe. This was the problem with the rebellious son spoken of in the Torah – Leviticus 24:10. His mother was raped by an Egyptian. The mother’s husband was from the tribe of Dan, but the son, while Jewish through the mother, would never have a tribal affiliation because his biological father was an Egyptian. This loss of tribal place is credited with causing much or perhaps all of the serious problems with this boy.”

The procedure was to wed Mary. To take a comparison, if I marry a woman who already has kids, I become their legal stepfather. Adoption isn’t always a separate procedure. Sometimes marriage entails adoption.

So, Mary gave birth to a child before she was married? Don’t you think that the Jewish religious authorities would have wanted to know who the father of this child was? Are Christians really suggesting that no one bothered to ask Mary during her nine months of pregnancy why she was pregnant without having a husband? If the Gospel of Luke accurately records the birth of Jesus, Mary had to have been close to her due date when she and Joseph set off for Bethlehem. Who was the father of her child???

If Joseph was claiming (lying) to be the father of the child, why did he wait until after the child was born to marry Mary? Are we really to believe that Mary sat around Nazareth (and/or Bethany) with a bulging belly for NINE months and neither her parents nor the rabbis insisted that if Joseph was responsible for the pregnancy he had to marry her IMMEDIATELY?

So if we are to believe that Joseph convinced everyone that he was the father, the following issues remain: Would the Jewish authorities have allowed a pregnant woman’s impregnator to put off marrying the woman until after the child is born? I highly doubt it.

Second, if this ad hoc story is true, it means that Christianity started off with a lie. A BIG Lie. If Jesus had the chutzpah to traipse up and down Judea and Galilee proclaiming to be God the Creator Himself, as the author of the Gospel of John states (and most Trinitarian Christians believe), why couldn’t he and his family admit that his mother was impregnated by a (holy) ghost???

Perhaps the betrothal had a deadline for marriage, and they timed the trip to Bethlehem to coincide with a marriage ceremony upon their arrival. Or maybe they preferred to get married in Joseph’s hometown rather than Nazareth. Maybe his relatives were less disapproving.

In any case, the timing of the marriage and birth is irrelevant to the factuality of the virginal conception.

“He went to [Bethlehem to] be registered with Mary, to whom he was engaged and who was expecting a child.”

So Mary was “expecting” (pregnant) prior to leaving Nazareth and prior to being officially married. No matter what rules were involved with being “engaged”, the point is that they were not yet married when they left Nazareth. True, we do not know where and when they were married. But at some point they were legally married and that would involve religious authorities. The religious authorities would have been aware, whether in the little town of Nazareth or the little town of Bethlehem, the odd circumstances of the couples’ engagement. Joseph would have had to declare himself as the birth father of the child or Mary would have been stoned.

Why did Joseph wait to marry Mary? Why didn’t he marry her before leaving Nazareth? Are we really to believe that Joseph left Nazareth, unmarried, went to Bethlehem early in the pregnancy (to hide it from everyone in Nazareth?), got married there, and then stayed there nine months until the baby’s birth?  What a convoluted story!

Bottom line, Christianity is built on one big lie. A lie is a lie. Lying is a sin. Please show me a passage in the Bible that says that “good” lies are not sins. If Jesus could claim to be Yahweh, why did he and his family continue to lie about the true status of Joseph even during Jesus’ ministry?

Answer: It is a suspicious tale with a lot of loose strings. Christians have had two thousands years to cobble together ad hoc “harmonizations” but when all the spin is stripped away we are still left with the fact that Christianity began as a lie: Joseph was NOT the father of Jesus as Jesus and his family claimed.

One thought on “Why Did Jesus’ Family Lie About Joseph’s Status as Jesus’ Step-Father?”