Since about 1945 we have been able to measure the actual ages of some rocks—using radioactivity.  Certain radioactive elements (“radioisotopes”) are incorporated into igneous rocks [rocks formed from the cooling of magma] when they crystallize out of molten rock from beneath the earth’s surface.  Radioisotopes gradually decay into other elements at a constant rate, usually expressed as the “half-life”—the time required for half of the isotope to disappear.  If we know the half-life, how much of the radioisotope was there when the rock formed (something that geologists can accurately determine), and how much remains now, it’s relatively simple to estimate the age of the rock.

…Rocks that bear fossils, however, are not igneous but sedimentary, and can’t be dated directly.  But we can obtain the ages of fossils by bracketing the sedimentary layers with the dates of adjacent igneous layers that contain radioisotopes.

Here is a sample Creationist criticism of radioactive dating:  “The convention for reporting dates (e.g. 200.4 ± 3.2 million years) implies that the calculated date of 200.4 million years is accurate to plus or minus 3.2 million years. In other words, the age should lie between 197.2 million years and 203.6 million years. However, this error is not the real error on the date. It relates only to the accuracy of the measuring equipment in the laboratory. Even different samples of rock collected from the same outcrop would give a larger scatter of results. And, of course, the reported error ignores the huge uncertainties in the assumptions behind the ‘age’ calculation. These include the assumption that decay rates have never changed. In fact, decay rates have been increased in the laboratory by factors of billions of times.1 Creationist physicists point to several lines of evidence that decay rates have been faster in the past, and propose a pulse of accelerated decay during Creation Week, and possibly a smaller pulse during the Flood year.”

Opponents of evolution often attack the reliability of these dates by saying that rates of radioative decay might have changed over time or with the physical stresses experienced by rocks.  This objection is often raised by “young-earth” creationists, who hold the earth to be six to ten thousand years old.  But [this objection] is specious.

…Radioactive dates can be checked against dates from the historical record, as with the carbon-14 method, they invariably agree.  It is radiometric dating of meteorites that tells us that the earth and solar system are 4.6 billion years old.

…There are yet other ways to check the accuracy of radiometric dating.  One of them uses biology, and involved an ingenious study of fossil corals by John Wells of Cornell University.  Radioisotope dating showed that these corals lived during the Devonian period, about 380 million years ago.  But Wells could also find out when these corals lived simply by looking closely at them.  He made use of the fact that the friction produced by tides gradually slows the earth’s rotation over time.  Each day—one revolution of the earth—is a tiny bit longer than the last one.  Not that you would notice:  to be precise, the length of a day increases by about two seconds every 100,000 years.  Since the duration of a year—the time it takes the earth to circle the sun—doesn’t change over time, this means that the number of days per year must be decreasing over time.  From the known rate of slowing, Wells calculated that when his corals were alive—380 million years ago if the radiometric dating was correct—each year would have contained about 396 days, each 22 hours long.  If there was some way that the fossils themselves could tell how long each day was when they were alive, we could check whether that length matched up with the 22 hours predicted from radiometric dating.

But corals can do this, for as they grow they record in their bodies how many days they experience each year.  Living corals produce both daily and annual growth rings.  …Counting rings in his Devonian corals, Wells found that they experienced about 400 days per year, which means that each day was 21.9 hours long.  That’s only a tiny deviation from the predicted 22 hours.  This clever biological calibration gives us additional confidence in the accuracy of radiometric dating. 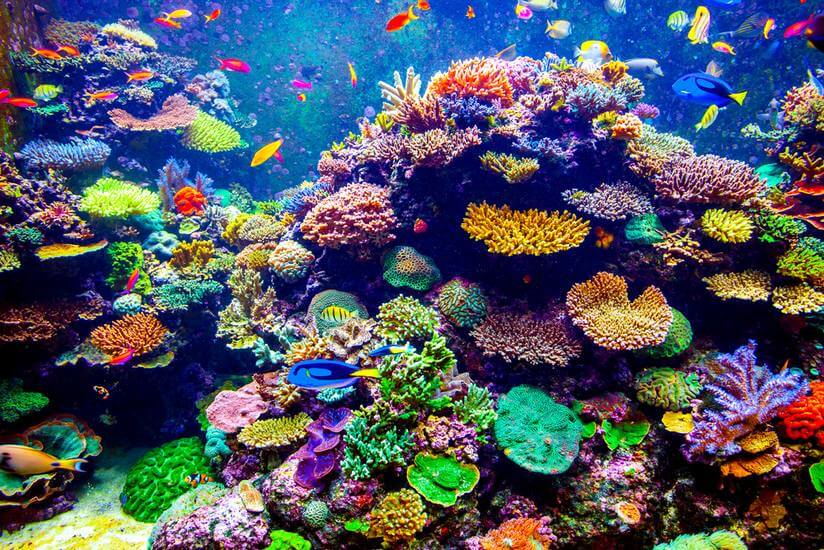