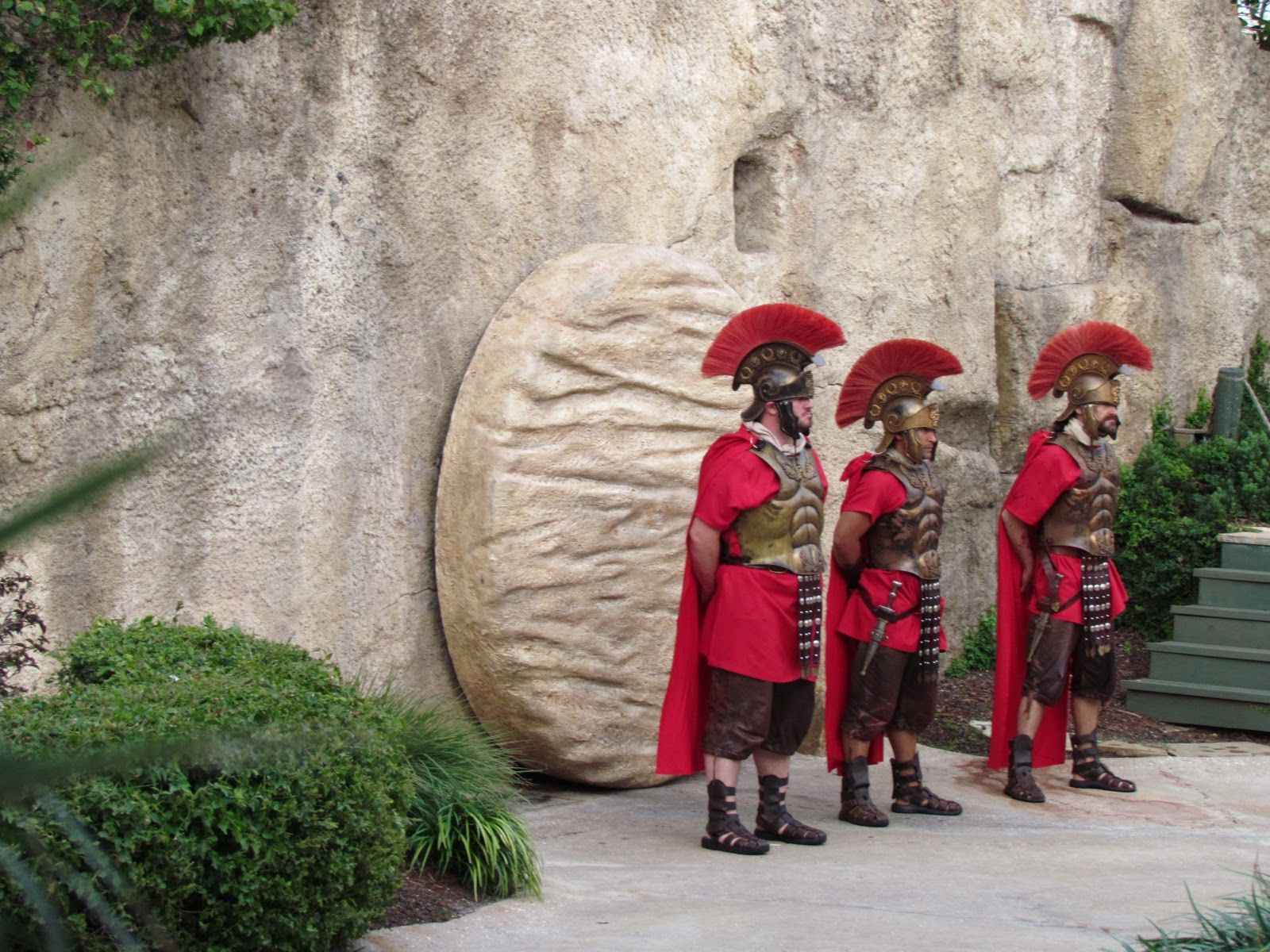 “Take a guard,” Pilate answered. “Go, make the tomb as secure as you know how.”   So they went and made the tomb secure by putting a seal on the stone and posting the guard.

…After the Sabbath, at dawn on the first day of the week, Mary Magdalene and the other Mary went to look at the tomb.  … There was a violent earthquake, for an angel of the Lord came down from heaven and, going to the tomb, rolled back the stone and sat on it.   His appearance was like lightning, and his clothes were white as snow.   The guards were so afraid of him that they shook and became like dead men.

…While the women were on their way, some of the guards went into the city and reported to the chief priests everything that had happened.   When the chief priests had met with the elders and devised a plan, they gave the soldiers a large sum of money,  telling them, “You are to say, ‘His disciples came during the night and stole him away while we were asleep.’  If this report gets to the governor, we will satisfy him and keep you out of trouble.”  So the soldiers took the money and did as they were instructed. And this story has been widely circulated among the Jews to this very day.

The story of guards at the tomb is found only in the Gospel of Matthew (and the non-canonical Gospel of Peter).  There is zero mention of guards in the Gospels of Mark, Luke, and John.  The overwhelming majority of scholars do not believe that this story is historical.  However, most conservative Protestant Christians believe it is historical.  They believe it (and disregard the overwhelming majority scholarly consensus on this issue) because this story is critical to their core belief that Jesus was bodily resurrected.  Without guards at the tomb, any Tom, Dick, or Barrabas could have stolen or moved the body.   And they would have had plenty of time to do this, at any point between Friday afternoon after Joseph rolled the stone in front of the tomb and Sunday morning when the women came to anoint the body.

Conservative Christian apologists frequently make the claim that it is implausible that crack Roman guards would have allowed anyone to break the seal of the tomb, roll back the stone, and move the body.

But there is one other big problem with this claim:  The excuse suggested by the Jewish authorities for the empty tomb was that the soldiers had fallen asleep!  But if everyone in Jerusalem knew that Roman guards would never sleep on the job or do anything else that would distract their attention from their duties, why on earth would the Sanhedrin instruct the guards to make such an unbelievable claim???  No one would have believed it, in particular Pilate!

This story reeks of fictitious invention.  It does not pass the smell test.