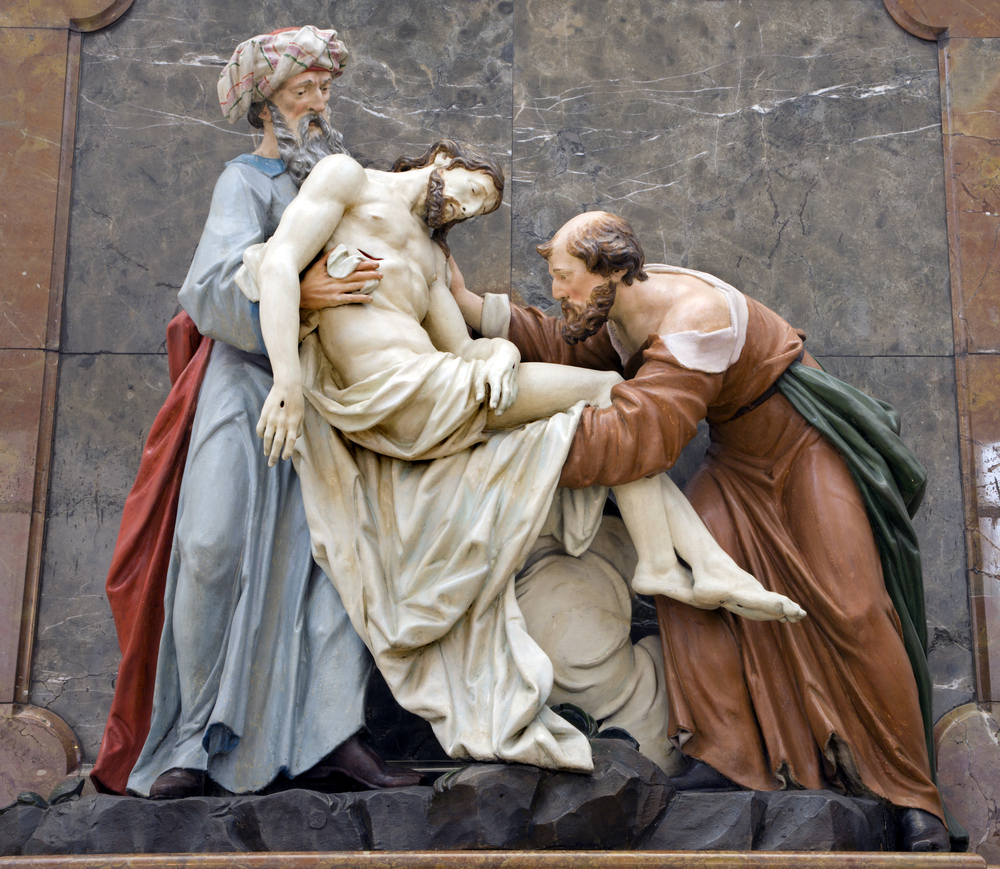 Nicodemus, who had at first come to Jesus by night, also came [to the Tomb of Jesus], bringing a mixture of myrrh and aloes, weighing about a hundred pounds.

The Roman litra or pound was about twelve ounces, and so the amount would be about seventy-five pounds.  This is still an extraordinary amount.  If powdered or fragmented spices are meant, such a weight would fill a considerable space in the tomb and smother the corpse under a mound.  Puzzlement about where such a quantity could have been got on short notice and how it as brought has caused scholars to seek to explain the amount away.

…Others accept the meaning of “pound” but wonder if there has not been a scribal error about the number (an error that has left no evidence in the textual copies!).  Rather it is better to recognize that large numbers are employed in various Johannine scenes as symbolically suggestive of messianic abundance:

—When Mary, the sister of Martha, used one pound of myrrh (myron) to anoint Jesus’ feet, Judas Iscariot, “one of the disciples” of Jesus, complained about the waste of money (John 12:3-5); ironically now Nicodemus, who is just emerging as a disciple of Jesus has used a hundred pounds of myrrh (smyrna) on Jesus’ body.