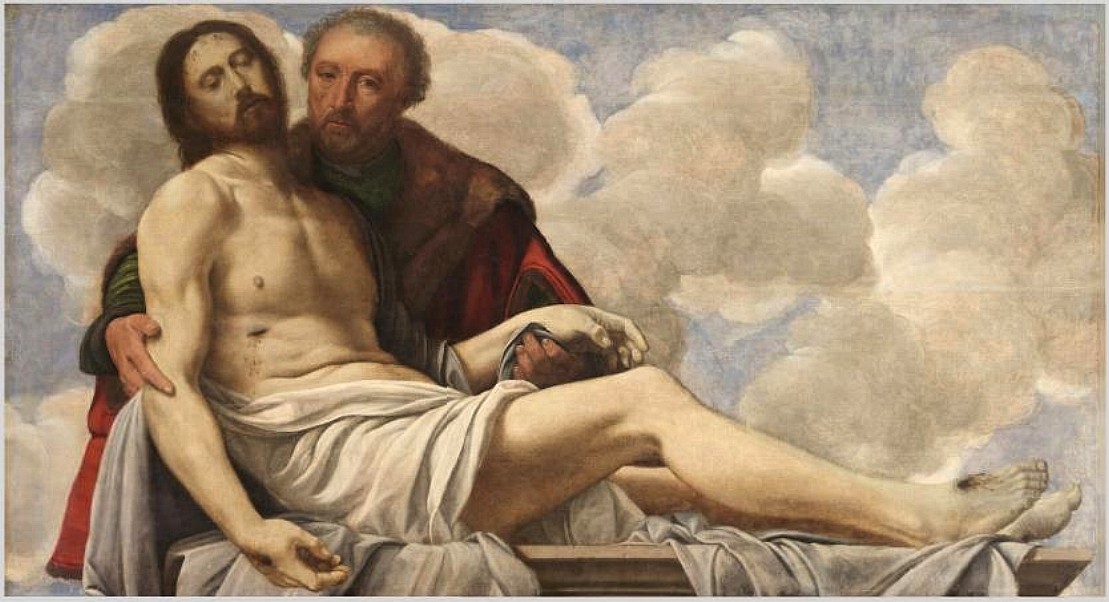 We have seen in the canonical Gospels a line of development that moved Joseph from being a pious Sanhedrist observing the law of burying the crucified toward a more sanctified status as a model disciple of Jesus.  The Gospel of Peter (GPet) gives us a second century glimpse of other and further developments.

Here we are told even before the trial that Joseph was a friend of the Lord (2:3), indeed perhaps one who traveled with him, for he had seen the many good things he had done (6:23).  In the preserved portion of GPet there is no indication that he was a Sanhedrist, although he is described as “standing there” during the proceedings against Jesus under Herod and knows that they are about to crucify him.  Indeed, since he is not identified as “from Arimathea” and is a friend of Pilate, readers of the extant GPet fragment would not even know that he was a Jew, unless they recognized “Joseph” as a characteristically Jewish name.

…the Gospel of Peter differs sharply from the canonical Gospels in dating Joseph’s visit to the Roman [Pilate] before Jesus is crucified and in depicting Pilate as unable to grant the request.  In a scene illustrative of the author’s ignorance of the political realities of first century Judea, Pilate must in turn request from Herod the body of Jesus—Herod is the supreme judge and ruler.

…Further instruction cites in paraphrase the specific law that underlies the urgency to get Jesus buried, a law that has been tacitly supposed in the canonical Gospels:  “The sun is not to set on one put to death” (see Deut 21:22-23).

…In GPet 6:21 the Jews who executed Jesus draw the nails from the hands of the Lord and place him on the earth.  When all the earth shakes, a great fear comes about among them.  Only after the long darkness that holds fast all Judea (5:15) ends, when the sun shines (6:22), do the Jews rejoice and give the body to Joseph that he might bury it.

…GPet represents only the beginning of a florid Joseph legend.  In the Acts of Pilate (Gospel of Nicodemus) 12 the Jews arrest and imprison Joseph because of his burying the body of Jesus.  In 15-16 Joseph defends himself before the chief priests, telling how Jesus appeared to him during that imprisonment.  Then in 17 Joseph narrates that Jesus descended into hell and raised the dead; Joseph leads the chief priests to Arimathea to see the raised Simeon and his sons.  But the most astonishing development of the legend comes from the medieval period in the ecclesiastical histories of Glastonbury in England and of its monasteries.

Having been a companion of Philip the Apostle in Gaul Joseph crossed to England where he was allotted an island (Glastonbury, also Avalon of Arthurian fame) in the swamps.  Some 31 years after the death of Jesus and 15 years after the assumption of Mary, he built a church of wattle in honor of Mary.

By 1400 it was claimed that Joseph brought the Holy Grail to England or indeed a vessel containing the blood of Jesus.  This gave Britain status as having a church founded in apostolic times, matching the claims of Spain to have been evangelized by James the brother of John and of France to have been visited by Mary (Magdalene), Lazarus, and Martha.

Joseph passed into Arthurian legends, becoming part of Galahad’s vision of the Holy Grail in T. Malory’s Morte d’Arthur (15th century).  A final touch of the Joseph legend has him as Jesus’ merchant uncle who took the boy Jesus with him on a journey that brought them to Britain.  W. Blake enshrined speculation about that visit of Jesus in the magnificent poem “Jerusalem” (which in turn became a stirring hymn):

And did those feet in ancient time

And was the holy Lamb of God

And did the Countenance Divine

Shine forth upon our clouded hills?

And was Jerusalem builded here

Among these dark Satanic Mills?

And who could have foreseen such a career (in literature but, alas, not in fact) for one who began simply as a “respected council member who was also himself awaiting the kingdom of God“?

The above excerpt from mainstream New Testament scholar Raymond Brown in his book, The Death of the Messiah,  demonstrates how one famous character in the Gospels went from being a non-believing member of the Sanhedrin who buried the body of Jesus solely to fulfill the Law, in the Gospel of Mark, the first Gospel written, to a member of the Sanhedrin who voted against Jesus’ guilty verdict in Luke, to a disciple of Jesus in Matthew and John.  By the second century, Joseph of Arimathea was thought to have been a buddy of both Jesus and Pilate and to have led the chief priests to the town of Arimathea to see people who had been raised from the dead!

And over time, the story/legend of Joseph of Arimathea grew and grew, until in the Middle Ages, it was claimed that he had built the first Christian church in England, bringing with him the Holy Grail, and, at an earlier time in his life, he was a traveling merchant who brought his nephew Jesus to the isle of Britain when he was yet a small lad!

And conservative Christians still want to insist that there is no legendary development in any part of the “Jesus Story”???  Let’s get serious.  We can see “legend creep” already in the canonical Gospels!  The claim that the early Christians meticulously guarded the integrity of their stories and traditions is blown out of the water!

Raymond Brown (deceased) was a devout Roman Catholic theologian whose work was considered well within the acceptable standards of teaching and doctrine in the Catholic Church during the very conservative papacy of John Paul II.  Liberal and conservative scholars alike praise Brown for the integrity of his work.  Considered by most scholars as a theological “moderate”, Brown very much believed in the bodily resurrection of Jesus, the reality of miracles (and other aspects of the supernatural), and the historicity of the Empty Tomb.  He frowned, however, upon a “fundamentalist” literal interpretation of the Biblical text.  He did not believe (nor does NT Wright, by the way) the claim that the traditional authors wrote the Gospels, nor did he believe that eyewitnesses or associates of eyewitnesses wrote the Gospels.