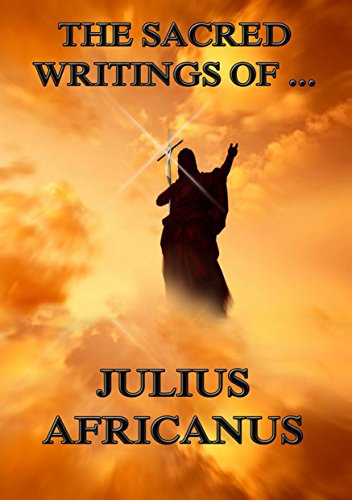 Thallus (ca. AD 5 – 60) was a Samaritan historian who wrote an expansive three-volume account of the history of the Mediterranean area in the middle of the first century, only twenty years after Jesus’ crucifixion.  Like the writings of many ancient historians, much of his work is now lost to us.  Another historian, Sextus Julius Africanus, wrote a text entitled History of the World in AD 221, however, and Africanus quoted an important passage from Thallus’ original account.  Thallus chronicled the alleged crucifixion of Jesus and offered an explanation for the darkness that was observed at the time of Jesus’ death:

On the whole world there pressed a most fearful darkness; and the rocks were rent by an earthquake, and many places in Judea and other places were thrown down.  This darkness, Thallus in the third book of his History, calls, as it appears to me without reason, an eclipse of the sun.

…in offering an explanation for the darkness, Thallus “reluctantly admitted” important details that corroborated portions of the Gospels.

Gary:  Why are so many conservative Christian apologists so dishonest?  Why not admit that this alleged statement by Thallus is very much contested among historians?  Why attempt to present this information as accepted historical fact when it is not?  Answer:  Their entire worldview depends on the veracity of the supernatural claims in the four Gospels!  Conservative Christians will grasp at any straw that helps prop up their case.

Here is a link to a detailed review of this ancient claim:  Journal of Greco-Roman Christianity and Judaism

33 thoughts on “Was Thallus the Samaritan a First Century Non-Christian Witness to the Gospel Accounts?”