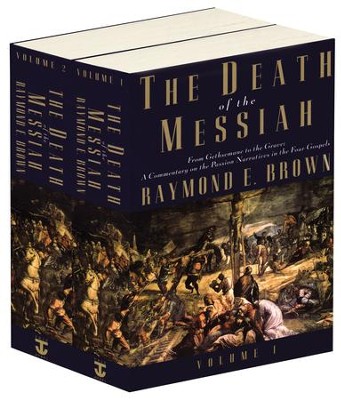 Mainstream New Testament scholar Raymond Brown (who believed in the bodily resurrection of Jesus and that the Gospel of Mark was probably written before the destruction of the Temple) on the scene in Jesus’ Jewish trial in which the High Priest tears his garments in reaction to Jesus’ “blasphemy”:

This violent symbolic act is found only in Mark and Matthew.  …I must comment here on the elementary historical problem raised by the high priest’s tearing his garments/clothes in Mark/Matt.  In Lev. 10:6 Moses tells Aaron and his sons not to tear their clothes, presumably from the context, their sacred vestments.  The high priest would never rend the sacred sacrificial garments ; the issue of whether he might rend his ordinary garments is not clear.  …Did the Jewish high priest wear his vestments when convening a Sanhedrin?

I mention all this to give readers data for decision.  I have no reason to think Mark knew much of this and even less reason to think his readers did (see Mark 7:3-4 for their level of ignorance of Jewish customs).

Mark 7: 3-4:   (For the Pharisees, and all the Jews, do not eat unless they thoroughly wash their hands,[a] thus observing the tradition of the elders; 4 and they do not eat anything from the market unless they wash it;[b] and there are also many other traditions that they observe, the washing of cups, pots, and bronze kettles.[c])

…I imagine that many of his [Mark’s] readers would have imagined [incorrectly] the high priest perpetually in exotic dress, as have artists and many readers ever since.

And there’s something more:  What does this error in basic facts tell us about the conservative Christian claim that the Gospels were written early enough so that eyewitnesses to the events of Jesus’ life would have pointed out any errors in the text?  Yet here is a major blunder…and no one pointed it out!  No one corrected it.  Notice in the NRSV footnotes that in some ancient manuscripts the author of Mark added “beds” to the list of items ritually washed by Jews.