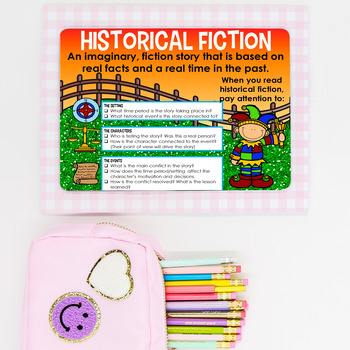 Do ancient historiographers sometimes say things they know to be factually untrue?

The accusation of deliberate fabrication is made repeatedly. Herodotus is dubbed the father, not only of history, but of lies; Polybius castigates historians not only for incompetence, but falsehood; Lucian tells of historians who claimed to be eye-witnesses of things they could not possibly have seen; invention and manipulation of factual material is (I believe) demonstrable in Herodotus and Plutarch, as well as Hellenistic tragic historians. The motives vary: some, of course, crudely political — propaganda, flattery, denigration; literary rivalry (to trump one’s predecessors, of which we have seen examples even in Thucydides); the desire to spin a good yarn (often important in Herodotus and other historians of the exotic); sometimes (surely) historiographical parody; sheer emotional arousal or entertainment; the need to make moral points or bring out broader patterns or causes behind complicated sequences of events. Why then do Herodotus and Plutarch behave in this way? Serious ancient historians (which both Herodotus and Plutarch intermittently are) face the problem of the eternal see-saw of history: the need to generalize from specifics. No serious ancient historian was so tied to specific factual truth that he would not sometimes help general truths along by manipulating, even inventing, ‘facts’. Of course, the requisite manipulation could sometimes be achieved through the medium of ‘what-is-said’ material, to whose historicity the ancient historian did not commit himself.

– J.L. Moles, “Truth and Untruth in Herodotus and Thucydides” in “Lies and fiction in the Ancient World” edited by Christopher Gill and Timothy Peter Wiseman, University of Exeter Press, 1993. — pages 90, 115, 120

I find it curious that moderate Christians snicker at fundamentalist Christians when those “silly, poorly-informed (ignorant) literalists” insist that the Creation occurred in six literal days and that Jonah really was swallowed alive by a great fish, but these same moderates are shocked and appalled when skeptics snicker at them for their insistence that Jesus’ brain-dead corpse really did come back to life, ate a broiled fish lunch with his former fishing buddies, allowed a guy named Thomas to poke his fingers in his nail wounds, and then, forty days later, flew off into outer space!

The fact is, the majority of scholars do not believe that eyewitnesses nor the associates of eyewitnesses wrote the Gospels. Even NT Wright has stated, “I don’t know who wrote the Gospels nor does anyone else”. If we don’t know who wrote these books, and we don’t have any contemporaneous record of these events, how on earth can we know which parts of their stories are historical and which parts are simply theological or literary embellishments??? How on earth can we know which parts should be understood literally and which parts should not? If today, someone told you that they just read four anonymous books which state that a guy living 40 years ago in the Middle East rose from the dead would you believe it?

Maybe “Matthew” and “Luke” invented their two (very different) stories about a birth in Bethlehem for theological purposes (never intending to write an historically accurate biography).  So why couldn’t the virgin birth story also be an invention?And while we are at it, why couldn’t the Joseph of Armathea Tomb story be fictional? The Women at the Tomb story? The Appearance in the Upper Room story? The Appearance on the Shores of Lake Tiberius story? The Ascension story?

My point: Isn’t it entirely possible that the only historical truths in the gospels are that Jesus lived in the early first century; his paternity was questioned; he became known as a religious teacher, a healer, and an exorcist; he preached an apocalyptic message that the End was very near; he irritated the Jewish authorities; they asked the Romans to crucify him; they did; and shortly after his death, some of his followers believed he had appeared to them?

39 thoughts on “How Probable is it that Many of the Stories in the Gospels are Fiction?”