—a skeptic of the Resurrection

I [now] wish to draw your focus is the list of events that the challenger believes should immediately deem the eyewitness unreliable. This list includes extraterrestrials, ghosts, Godzilla, and the resurrection (for good measure). I’m not going to address extraterrestrials or ghosts in this post, but I do want to examine Godzilla. From this inclusion of this item alone, I believe that it is safe to assume that the challenger believes that the other three are impossible. The challenger wishes to draw a conclusion from the reality that Godzilla does not exist and the fact that impossible events cannot be witnessed.

Two problems exist. The first is that the challenger is starting with the assumption that the resurrection is impossible to conclude that the eyewitnesses of the New Testament are not reliable. The conclusion has been assumed in one of the supporting premises- a fallacy in logic called “begging the question.” It does not mean that the conclusion is false, just that this is not a valid way to get to the conclusion.

As I demonstrated in my post yesterday, the position of the unidentified skeptic quoted above can be reduced to this simple statement:  The more incredible the claim, the less credible the eyewitness.  That doesn’t necessarily mean that we are labeling the eyewitness a liar.  There are many other explanations for making a sincere, but false claim.

Now let me address the Christian blogger’s above claim that skeptics assume the non-possibility of the supernatural in their discussions on the Resurrection:  This is a Strawman.  It is not the stated position of the skeptic he is quoting nor is it the position of the majority of skeptics who debate online.  Here is our position:  By definition, the supernatural is something which defies the laws of science and the standards of evidence.  It CANNOT be disproven.  It can only be shown to be very improbable in the natural world.

Therefore, skeptics do not dismiss the supernatural, we simply argue from the position that if supernatural events occur, they are extremely rare .  That is why they are called “miracles”.  Case in point:  the Resurrection.  Even Christians admit that (to date) there has only been ONE resurrection, that of Jesus.  So resurrections are very, very, very rare events (in the natural world), even by the definition of Christians.  So IF Christians and skeptics can agree to discuss the Resurrection based on prior probability of resurrections, then we have a basis of discussion.  We skeptics can point out that there are many, much more probable explanations for an empty tomb and alleged sightings of a dead person than a once in history resurrection. 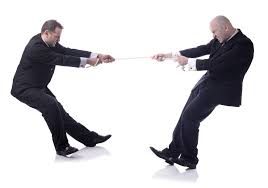 4 thoughts on “Is the Resurrection Impossible or just Improbable?”