Like many believers, I was aware of puzzles in the Christian faith even in my youth.  Most of us, whether or not we remain in the fold, have wondered about God’s commands to the Israelite soldiers to kill men, women, boys and infants (keeping the virgins for themselves); his endorsement of slavery; the harshness of eternal hell; the apparent discrepancies between parallel passages in the Bible; the hit-and-miss nature of prayer; the mystery of so much human and animal suffering; the silence and hiddenness of God; the kindness and moral uprightness of so many nonbelievers; and the apparent conflict between science and the Bible.

Given all these difficulties and many more, why did I not leave the faith earlier in my youth when I first became aware of these issues?

Gary:  How could we have been so blind?  Think about it:  If someone from another culture told you that the leader of their country had ordered the slaughter of every man, woman, and child of an enemy nation, how would you react?  Answer:  “What a disgusting, immoral, genocidal MONSTER!!!”

Yet, as Christians, we used to read stories involving similar actions to our little children and justified them as moral and “righteous”.

Our blindness to the immorality of Judeo-Christianity demonstrates the dramatic extent to which our culture determines what is “right” and what is “wrong”.  Objective morality does not exist. 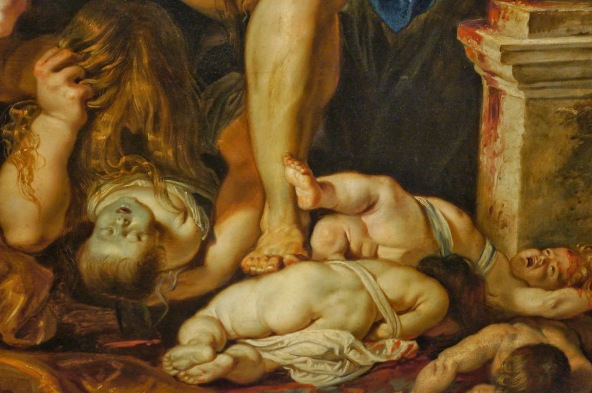 One thought on “Why Didn’t We Ex-Christians see the Falseness of Christianity Sooner?”