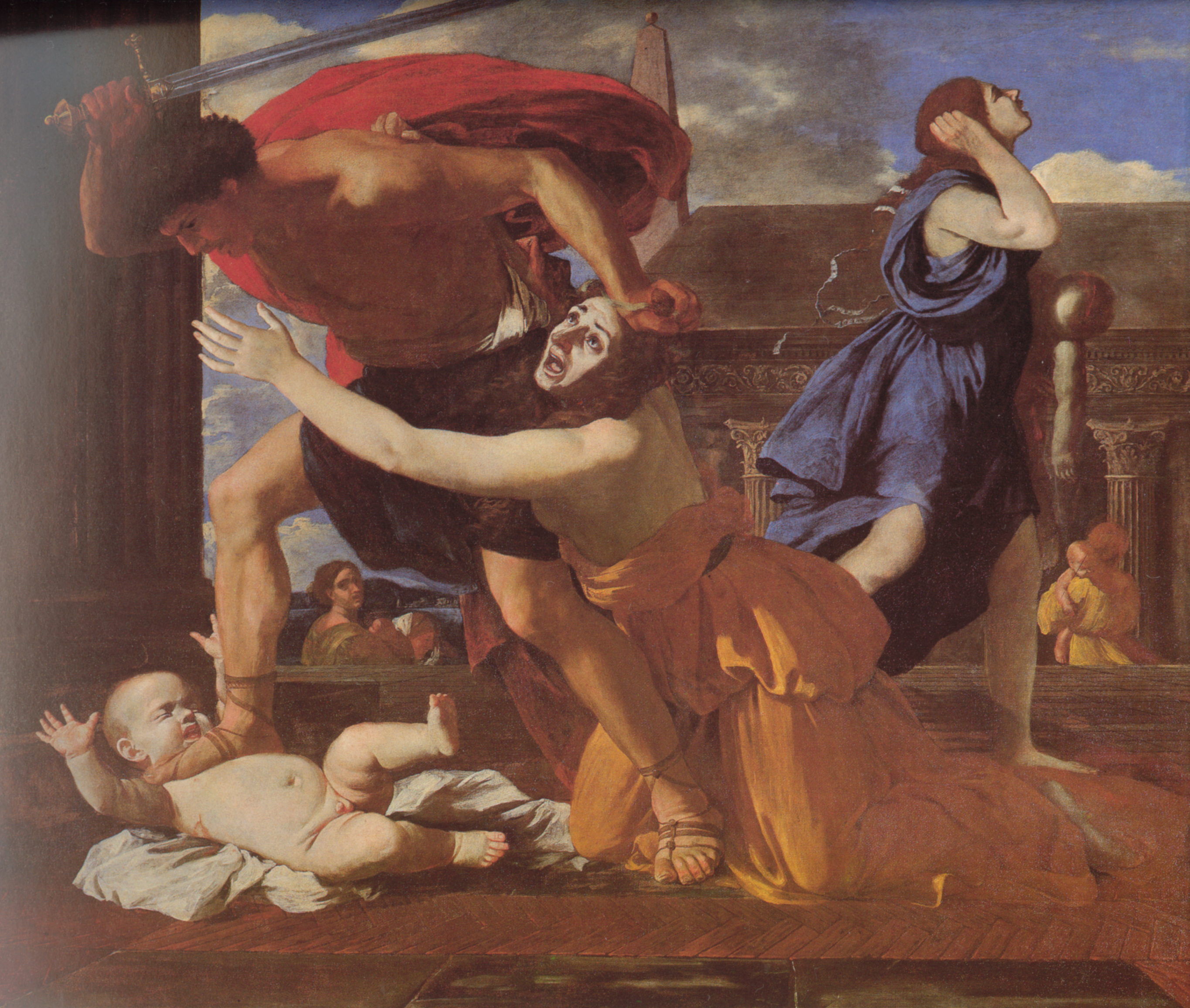 If God told you to kill children would you do it?  Quite a question, isn’t it?  The answer should be an obvious “No”, right?

We’re studying the biblical book of Deuteronomy on Sunday mornings at Faith Church, and we’ve come to some troubling passages where God commands the armies of Israel to kill children. In chapters 2 and 3, Moses is reviewing with the people of Israel the story of how they made it to where they are encamped on the east side of the Jordan River.  Their journey took them through lands inhabited by Canaanites, and both times they proclaimed holy war on the Canaanites, utterly wiping them out.

Look at Deuteronomy 3:3, “We left no survivors.”  Skip ahead to verse 6: “We completely destroyed them…men, women and children.”

What in the world is going on?  They actually killed children!  It was holy war.

Holy war will come up again in Deuteronomy chapters 7 and 20, so I decided this week that we’re going to talk about Holy war this one time and be done with it.  Why?  Well, quite frankly, it is difficult material.  I wonder how you are feeling as you read these passages?  Sometimes in the past, when we have come to a difficult section of the Bible, people in my church family have said, “Joel, just tell us how to understand it.”  Or they’ve said, “Joel, how do you personally interpret this passage?”

I think behind these comments is desire for relief from tension.  We feel very uncomfortable with tension, right?  Tension is when you are the middle and you are being pulled in two directions, and generally-speaking we hate it.  Do you feel that pull, the tension, when you read passages about God commanding the people to kill all the men, women and children of a nation?  I think you should feel tension.  I do.  Where is the tension coming from?  I think it is coming from the fact that we want to believe in a loving, good, merciful God on one hand, and on the other, we want to believe the Bible is true.  And when our true Bible teaches us about a violent, destructive, genocidal God, we’re stuck.  We want peace, not tension.  We want our impressions and beliefs about God to make us feel good, comforted and safe.  So what do we do to relieve the tension? I do not believe there is a satisfying answer to relieve the tension about the amount of violence in the Old Testament. …Here’s where I’m at with all the times God commands Israel to commit holy war against people.  It seems to me that the people of Canaan, including the Amorites (like King Sihon in Deuteronomy 2), were incredibly evil, and also very powerful.  Think Nazi Germany with the atom bomb.  For any of you that have watched the Amazon series The Man in the High Castle, this is exactly what happens. That TV show presents an alternate history, imagining that the Nazis win World War 2 because they create and use the atom bomb before we do.  They bomb Washington DC and win the war, together with Japan controlling the USA.  It is possible that Israel was up against similar powerful, wicked nations.  Archaeologists have done work on the Canaanites, finding them to practice child sacrifice and female temple prostitution, both practices treating vulnerable people terribly.  It was evil that needed to be stopped.  Also, take a much weaker nation with a slave mentality like Israel*, and the chances are incredibly high that Israel could have been quickly enslaved again by the Canaanites.

God knows this.  And so when you have Nazis versus your Jewish people, what happens? Nazis exterminate Jews.  Nazis are powerful and evil.  But God has a plan, a hope for the redemption and recreation of the world, and it is a plan that is to come through the line of the Jews.  Thus God empowers the Jews to eradicate the Nazis, judging evil in the land, and creating this new just society which is to be a blessing to the whole world.

I grew up hearing these stories in Sunday School as a small child so I became numb to the real horror of what happened. However, I’ll never forget the following experience:

A few years ago my two small children were involved in a singing performance at their Christian school. The performance was scheduled as part of the Sunday worship service of the church which sponsors the school. Approximately one hundred little, cute, smiling children sang their hearts out. It was beautiful. You could feel the joy and happiness of all the proud parents in the room.

Then the pastor started his sermon. The subject: The Slaughter of the Amalekites.

The pastor described in detail the slaughter of every man, woman, and little child. I was horrified. Something in my brain said: “This just isn’t right. Not only should the pastor not be talking about these horrific details in front of little children, the story itself is immoral. There is NEVER a moral justification for the TARGETED slaughter of children. “Collateral damage” in a war is one thing, but running down a terrified, screaming child and chopping him to pieces has no moral justification whatsoever.”

“Jesus would NEVER do that to little children,” I thought.

And after that day, it was as if a small light had gone off in my head. I kept hearing myself say, “There is NEVER any moral justification for the targeted killing of little children. Never. Jesus would never do that.”

I reviewed all the justifications that you have listed above, even the one about killing the children so that their parents wouldn’t kill them in a human sacrifice. Uh…Really?? It is moral to kill children so that someone else can’t kill them??? It is moral to kill children so that their more numerous offspring will not be killed in future generations???  I don’t buy it. I cannot look my little children in the eyes and EVER consider any justification for the targeted killing of children. Nope, Jesus would NEVER have commanded such a thing. 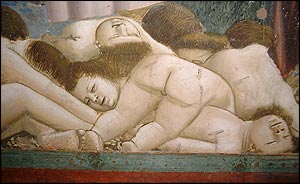 And if I no longer believe that Jesus would EVER order the targeted killing of little children regardless of the wicked sins of their parents and culture, how do I resolve the tension (Psychologists call this tension:  Cognitive Dissonance) between this new perspective and Trinitarian Christianity which teaches that the God of the Old Testament was none other than JESUS!??

In a hypothetical scenario, if Hitler had had a son, and that son was the most wonderful, kind, generous, giving person on the planet…yet…he refused to ever condemn the horrific moral crimes of his father, would I still respect the son?

Something’s wrong here, folks. Something is really wrong. Jesus can’t be perfect if he refuses to condemn the evil actions of his father and asks other people to “love” and “obey” this evil father.

The more I dug, the more problems I found with the Christian belief system. The evidence for the accuracy of the prophecies in the OT are poor. Multiple blatant historical (and scientific) errors exist in the Bible. The evidence for the bodily resurrection of Jesus is much weaker than our pastors tell us, and on, and on.

Nope. There is never any justification for the targeted slaughter of children, folks. Don’t ever let ANYONE attempt to justify such a horrific act.