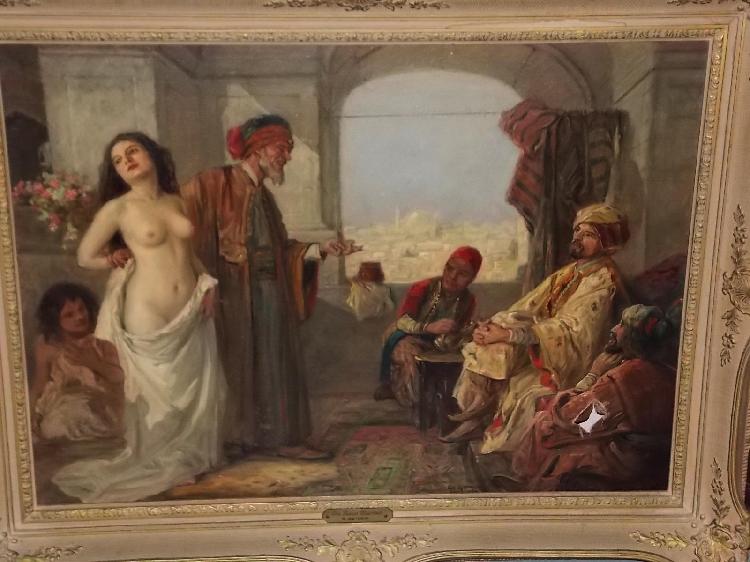 When a man sells his daughter as a slave, she shall not go out as the male slaves do. If she does not please her master, who designated her for himself, then he shall let her be redeemed; he shall have no right to sell her to a foreign people, since he has dealt unfairly with her. —Exodus 21:7-8

Some readers may wonder why I have identified this passage as the most immoral passage in the Bible when there are other passages in which the Judeo-Christian god orders entire nations—men, women, children, infants—to be slaughtered.  The reason I have chosen this passage as the most immoral is because there is no rationalization (that I can think of, at least) which excuses the immorality of Yahweh/Jehovah in giving this “law” to his followers.  Christians are famous for coming up with all sorts of rationalizations for why it was moral and justified for their god to do some of the most horrific acts recorded in human history, such as multiple instances of the Judeo-Christian god ordering the slaughter of thousands of little children in the Old Testament.  Here are a few of those rationalizations:

“The one time slaughter of heathen infants prevented even more heathen children, generation after generation, from being murdered in the child sacrifice rituals which were rampant among the heathen peoples living in Canaan.  It is better that a few children die than that many children die.  God was merciful.”

“The slaughtered children would go to heaven as they had not yet reached the Age of Accountability.  If they had been allowed to grow up, they surely would have been non-believers as adults and would have spent eternity in hell when they died.  God was merciful in providing a means for their salvation (by having them chopped to pieces by the swords of his chosen people).  We must always remember, ‘Our ways are not His ways’.”

But what about the morality of Yahweh/Jehovah giving permission to Israelite fathers to sell their daughters to other men as sex slaves?  What moral justification can Christians conjure up to justify the forced rape of young girls and women?  Notice, it isn’t just “disobedient” daughters who could be sold into sexual slavery.  There are no stipulations, folks (Except that if the buyer of the sex-slave daughter is not pleased with her services, he is required to give her father first dibs to buy her back!).

If Dad is hard up financially, or wants to purchase a new ox-cart, he can sell off lil’ Jenny to some old pervert for some hard cash!

How can any Christian condone the behavior of this immoral monster whom they address as “Our Father…”?

7 thoughts on “The Most Immoral Passage in the Bible”