“Do not be alarmed; you are looking for Jesus of Nazareth, who was crucified. He has been raised; he is not here. Look, there is the place they laid him. 7 But go, tell his disciples and Peter that he is going ahead of you to Galilee; there you will see him, just as he told you.”

Why does the author of the Gospel of Luke omit this command of Jesus, spoken by the young man (angel?) to the women at the Empty Tomb?  It is not as if the author of Luke was unfamiliar with this story.  After all, scholars say that he borrowed (plagiarized?) 60% of the Gospel of Mark in his book.  So why would he never mention this command?  Why would he never mention any appearances in Galilee?

Answer:  He knew that “Mark” had made it up!  Luke knew that Mark had created a fictional account of a young man in the tomb telling the women to tell the disciples to meet Jesus in Galilee.  Therefore, Luke felt completely free to ignore this detail…and create his own fictional account…but this time with two angels, not one young man, and with appearances in Jerusalem, not Galilee!

And then there’s this:  The author of Luke says that “many” authors had already written about Jesus.  Was he referring to Matthew in this “many”?  We don’t know.  But we do know that scholars believe that in addition to Mark’s Gospel, Luke and Matthew borrowed from another source, Q.  Did Q include this command of Jesus for the disciples to meet him in Galilee?  We don’t know, but it seems odd that if Q had the same appearance claims in Jerusalem that Luke has, that Matthew would completely omit these Jerusalem appearances.

So here is an even bigger question:  Did Luke know that the Resurrection accounts in Mark, Q, and Matthew were ALL fictional and that is why he felt free to write a completely new fictional account of appearances in Jerusalem, ignoring Jesus’ command for the disciples to meet him in Galilee?

This would certainly make more sense and be a much less complicated resolution to the many discrepancies we see in the four Gospel accounts than the many very complicated, contorted, harmonizations that Christians have proposed over the last two millennia. 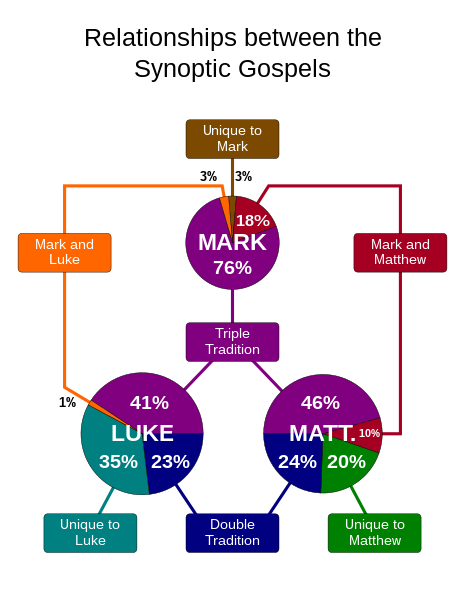