But science and medicine can provide evidence that human beings share some amazing common traits with the great apes:  For instance, humans have a tail.  It is just a “stump” of a tail in most humans (the “tailbone”), but sometimes human infants are actually born with a fully functioning, wiggling tail!  So if humans are created in the image of God as conservative Christians tell us, doesn’t that mean that God has a tail?

Here is an excerpt from an interesting article that discusses this subject:

“Human beings, like all other species on this planet, have a history. We came into existence through a process of slow, grinding trial-and-error, occurring over geological time via the sieve of differential survival. And like all species, our bodies and our genes reflect and bear witness to that history. Far from being perfect, one-time creations, we still bear the scars of the evolutionary process that made us.This post will discuss some of the lines of evidence which hint at humanity’s past. I won’t repeat that well-known example of an evolutionary vestige, the human appendix. Instead, I’m going to focus on a few other examples that aren’t as widely discussed.”

Click here to read a discussion regarding human tails in a medical journal along with photos of children with tails. 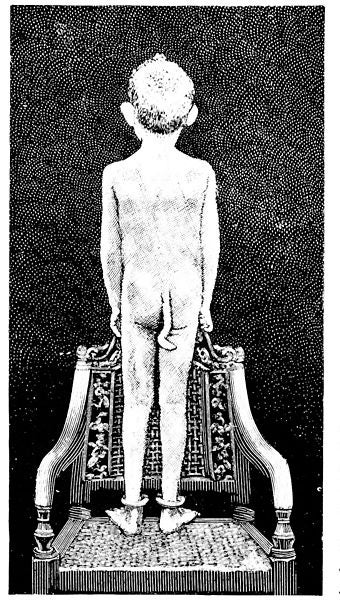