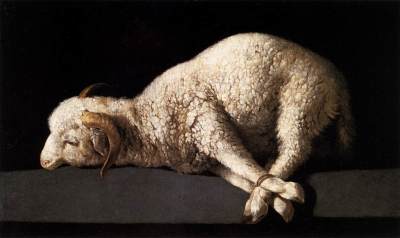 Jesus is the true human being. As the perfect “image of God”, Jesus is exactly what humans are to look like. The Apostle Paul says that those who worship Him are “being conformed to the image” of Christ (Rom. 8:29; II Cor. 3:18). So, as we worship Jesus we start to look like Him and in doing that we are being restored to what God intended us to be in the beginning. Worshiping Jesus, the image of God renews and restores the image of God in us, making us more fully human. If we view God as the one who demanded Jesus’ blood, and as the one just waiting to destroy us (until Jesus steps in the way), then we are in danger of becoming like that God: Angry, retributive, two-faced, etc. But, if God is Jesus, then we follow the path of the Kingdom, the path of sacrificial and self-giving love. The way of true humanity.

I don’t see how anyone can claim that Jesus reflects the nature, or the image, of the God of the Old Testament. Jesus was kind, compassionate, humble, non-violent, and self-sacrificing. The God of the Old Testament was cruel, vindictive, brutal, and blood-thirsty. Why did Yahweh need millions of animals to have their throats slit and burned on altars to appease him? Wasn’t there some other way he could have invented to appease his righteous wrath for ancient forbidden-fruit-eating and other human misdeeds rather than torturing animals?

And what about all the little children Yahweh killed? He killed all the Egyptian first born children because of the sins of one man, a man whose free will Yahweh had repeatedly thwarted by “hardening his heart”. Yahweh killed all the Amalekite children, slaughtered all the Midianite little boys (and their mothers), but kept alive their virgin sisters…for some reason (hmm)…and then slaughtered thousands more Canaanite children at the hands of Joshua.

Let me be very clear: It is never good, just, or moral to intentionally slaughter children for the misdeeds of their parents. Never! Yahweh was just downright evil.

Jesus was not like Yahweh. Not at all. Jesus may reflect the character of the TRUE Creator, the TRUE God, but that God is not Yahweh, the God of the Old Testament.

I like where this (conversation) is going, but now I’m seeing some possible pit falls. If we take out our scissors and clip out passages of scripture where “God” was un-Christlike. You see the inevitable problem. Where do we draw the line? What if the vindictive angry God was a man made invention to help Moses lead the people? Its not a difficult leap to make. Then the foundation of the entire narrative starts to crumble.

I believe that the evidence will become clear that Jesus never claimed to be God. The depiction of Jesus in the Gospel of John is purely fictional. The Jesus in the Synoptics is the real, historical Jesus. And in the Synoptics, Jesus believed he was a man, a very special man, chosen to be adopted by God at his baptism to be the “Son of God”, to bring peace and harmony to the world as the Jewish messiah.

Later Christians invented the idea that Jesus and Yahweh were one and the same. (You don’t even see Paul claim in his epistles that Jesus is Yahweh.)

I think it would be great if Christians would realize this and stop referring to Jesus as “God” and simply see him as one of the greatest men who ever lived, and attempt to live lives following the humanistic teachings of Jesus, and therefore still refer to themselves as “Christians”.

11 thoughts on “Jesus was not Yahweh”