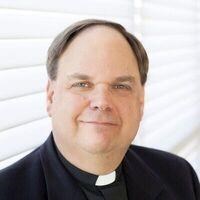 I loved my approximately three years in the Lutheran Church, Missouri Synod.  I loved being an orthodox Lutheran Christian!  I truly believed that I had finally found a Church that followed the true teachings of Jesus and the apostles.  And, to top it off, in what other Christian denomination can you boast of your unwavering belief in the inerrancy of the Holy Bible, while drinking a cold German beer with your pastor at the church Oktoberfest?  I enjoyed every minute of my orthodox Lutheranism.

Without a doubt, the overwhelming majority of LCMS Lutheran Christians are very kind, compassionate, and downright enjoyable people.  The teachers and faculty of my children’s LCMS school were absolutely wonderful.  The congregation of our local LCMS church was filled with wonderful, loving, caring, generous, non-judgmental, fun, people whom I and my family dearly miss.

Having blogged for almost three years as an orthodox LCMS blogger, under the blog title, Luther, Baptists, and Evangelicals, I became familiar with and even conversed with a number of LCMS pastors.  I can’t say with complete accuracy, but my bet is that 80% of the LCMS pastors are good, conservative, but yet, very compassionate people.  LCMS president/bishop Matthew Harrison and Pastor Martin Noland are two outstanding representatives of this group of LCMS pastors.  Both are compassionate, good-hearted, and humble men.  I have the greatest respect for Pastor Harrison and Pastor Noland as men and fellow human beings.

Unfortunately, I cannot use this kind of complimentary language with approximately 20% of the pastors in the LCMS.  The pastors of The Brothers of John the Steadfast blog (excluding Pastor Noland) epitomize this group:  nasty, mean-spirited, judgmental, and quick to publically crucify anyone whom they believe has strayed even a millimeter from the fundamentalist/orthodox/confessional Lutheran playbook (Confessions).  Many in this group have expressed, anonymously and online, their contempt for the “wishy washy” (liberal/heterodox) comportment of President Harrison and other members of LCMS leadership.  But they continue to lose LCMS elections, so they remain a minority, a loud and obnoxious minority, but a minority all the same.

And then we come to Rev. Paul T. McCain, ordained LCMS pastor and Publisher of the Concordia Publishing House, the official publishing house of the Lutheran Church, Missouri Synod.  I would place Pastor McCain in a class all to himself.

It isn’t as if I just had the misfortune of running into McCain online in the last few days.  I have watched this man’s online behavior for three years now.  It is always the same:  “Agree with me or you are an idiot.  Give me a few minutes and will give you a new bodily orifice for daring to disagree with me, and, I will let the entire internet world know just how much of an idiot I think you really are.  Hee hee hee. ”  I have never in my life heard such nasty vitriol come out of the mouth of any Christian pastor or priest, Protestant or Catholic, than the vile, self-absorbed rantings of this man.

Paul T. McCain is truly a mean-spirited, vicious, sorry excuse for a human being.

But let’s let Rev. McCain (Rev. McNasty, as I prefer to call him) speak for himself.  Below are comments found on the internet by the infamous, “Ass of the LCMS”, Rev. Paul T. McCain.  I present them as evidence that this obnoxious, rude, condescending jackass-excuse of a clergyman has no business whatsoever being in a place of leadership nor holding the title of “pastor” in the Lutheran Church, Missouri Synod.  I call on the honorable, decent, LCMS Synod President, District presidents, and the 80% of LCMS pastors who actually practice the compassionate teachings of Jesus, to immediately remove from office and defrock this boil that daily sullies the reputation of the Lutheran Church, Missouri Synod.  This pompous, pontificating jackass has dragged the name of the Lutheran Church, Missouri Synod through the sewage and mud long enough:

Below are a collection of comments I found in a matter of minutes on different Christian blogs involving “Pastor McNasty”:

To Paul T. McCain:  I have deleted your post because of its insulting commentary regarding Pr. Rake. You are welcome to defend your position and also to defend your lack of defense for your defenseless and self-contradicting opinion about the Mission Province. But you can keep your uncontrolled and rude personal insults against those, who disagree with you elsewhere.

The rest of your comment can be seen here:

This discussion shows, that your claim, that you rarely ban someone from your blog, isn’t true. In our private mail-correspondence about your blocking of me, you made quite a few accusations that you were not able to substantiate. I have seen more of this kind of accusations from your hand by looking a bit around. As far as I can see, you usually ban and insult people in stead of defending your position theologically, when they disagree with you.

I also think that your accusations against the STLK in Finland, both privately and publicly are against the eight commandment, as long as you have not substantiated them. You should repent of your sin and make contact to the STLK.

Comment by Timothy Rake, Wittenberg blog, August 12, 2010 at 1:44pm
Pope Paul (McCain) blocked a post that had the audacity to hold an opinion contrary to his own??? Shocking! Why, this is unheard of . . .

Comment by Suzee, Wittenberg Trail blog, August 12, 2010 at 2:31pm
Join the club. I didn’t disagree with him in the following blog link. I asked who the statue was of in a photo he posted with one of his blogs. http://www.thebostonchannel.com/video/24607954/index.html

You, me, and many others have been slighted by the dear pastor (McCain). They will know we are Christians by our love?

Comment by Timothy Rake, Wittenberg Trail blog, August 12, 2010 at 8:04pm
Suzee-
Well, there you go! You should have known better than to ask Pope Paul (McCain) a question. Who do you think you are that he should deign to spend his time answering such trivia! LOL 😉

Paul McCain, the Cranach blog, December 13, 2013:
I was just informed that George is an ELCA Lutheran. What a tragedy!

George, December 18, 2013:
Paul, your past rudeness caused me to decide some time ago that I would not respond to your barbs. Now you can add false witness as another reason.  —George

47 thoughts on “Rev. Paul T. McCain, the obnoxious, festering Boil on the face of the Lutheran Church, Missouri Synod”